A DAY IN A LIFE
Lew Brennan
​Foyer 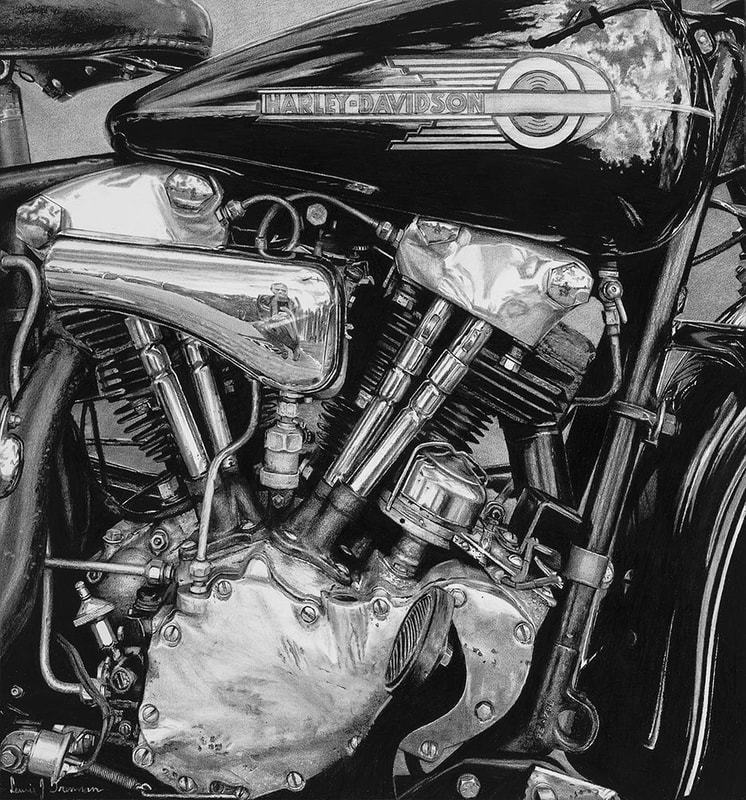 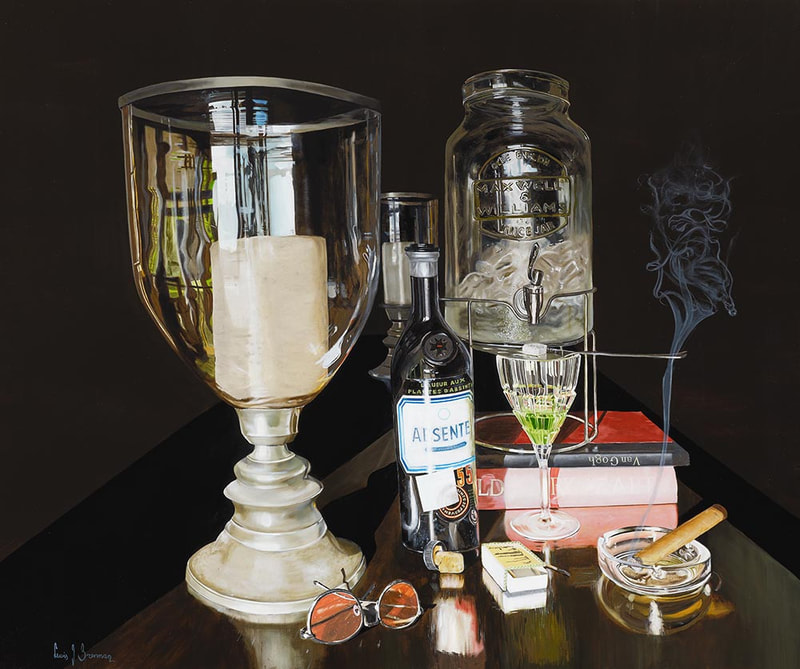 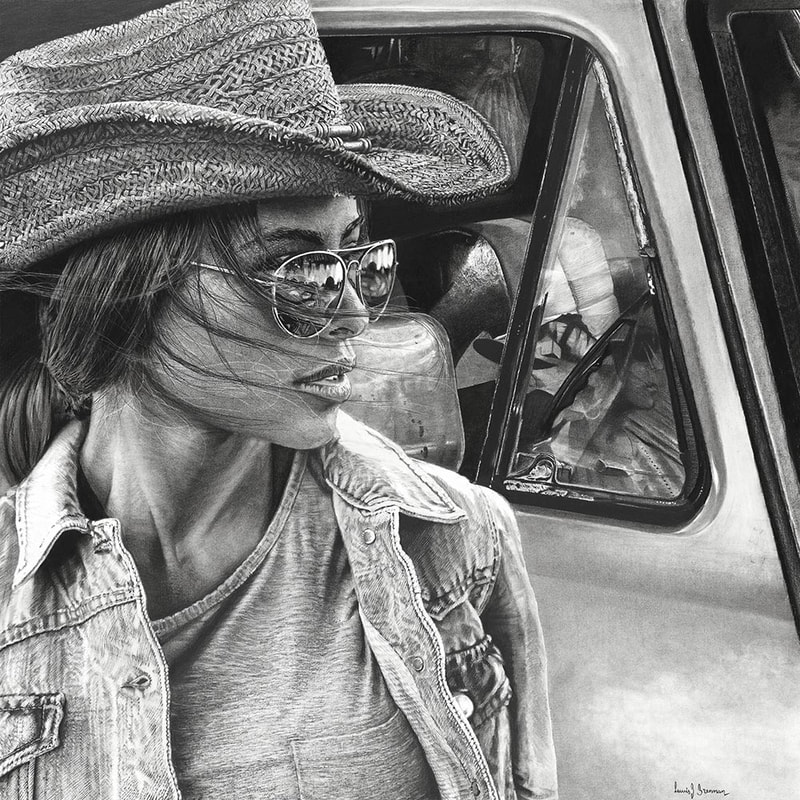 L to R: Lew Brennan, The Machine, Nightcap, She Stole Erwins Jacket, borrowed Leeroys Truck and Headed East.
The reality of life is an individuals perspective…indeed there is no reality, only our own individual interpretation of that perspective…. influenced by everything we have seen, Everything we have done and has been done to us, and the stories on told to us from throughout existence. Many of us worry about what happens when the whole thing is done….allowing ourselves to be distracted by such complexities and from the simple pleasurable elements available to each of us on any heavenly day in this paradise.

Reality in art is an individuals perspective and is no simple thing and is indeed as much of an abstraction as any art form. Despite transgressing in its purpose from ritual to social commentary, realism as an art form is singularly capable of returning our attention to those simple pleasures in our daily life from where we were otherwise busy making other plans. The suites of art in this exhibition are offered as a conduit to that paradox.

Lew Brennan has a clear vision of how he wants his art perceived. His connection to his subject is evident in the care placed in each aspect of his work, and in the effort he makes to ensure each piece comes alive for the viewer.  There is an evocation of memory and familiarity in the art, whether it be a portrait, a streetscape, a still life or an equestrian study,often leading to the unusual circumstance of people being pulled closer and closer to the works, somewhat mezmerized.
​
The emotional content of the work is a singular thing. His work invites the viewer to find their own story within the piece, rather than dictating what they must think. The detail presented allows an examination of the subject to a degree not available to most people in everyday circumstances.  When, for instance, does the man in the street have the opportunity to see the light held within a wild horse’s eye, as it considers fight or flight? This emotional content is a subtle and personal experience which promotes this individual private personal interaction between the viewer and the subject, giving greater depth to the impact of the piece itself.

Sculptor Greg Kinman and potters Paula Bowie and Melissa McCullagh, come together to explore dynamic rhythms of time & nature. Stories are shared by these artists in a bold use of clay, bamboo,wire and natural materials from the coastal dunes.

Greg's 2D and 3D sculptures are crafted from black bamboo,wire and natural materials . Greg's career as a horticulturist and his  study of Sogetsu Ikebana informs his work, as does the dunes,coastal forest and garden  of his Peregian Beach home.
Greg's work is bold and original ,with careful use of line, space and contrast.

Paula's works are primarily wheel thrown .Paula's work explores the voluminous shape of water vessels that echo ancient forms.
She also draws interest from sedimentary layers,the movement and rhythm of time and earth.
Paula's wheel thrown vessels are wood-fired or glazed in the earth tones that reflect her love of history and weathered patina., her work is confident and holds space beautifully.

Melissa's large sculptural vessels are hand built and draw inspiration from memories and experiences of a life lived by the sea. Melissa's uses clay as a medium for telling stories and sharing memories ; her work is  robust  and evocative, bringing life to the solidity of the clay.

Physical Video’ tours extensively across the Queensland region and will have its final showing in our Creamery this May
QAGOMA Director Chris Saines said ‘Physical Video’ focused on performance and theatricality in video art from the 1970s to the present.

‘These vibrant and thought-provoking works demonstrate how artists use the physical gestures and actions of the human body to illustrate social, political and aesthetic issues, Each work engages the body, and captures acts of endurance alongside playful exploration of elements such as air, water and fire. Mr Saines said.

Some works, such as James Oram’s with Feeling the burn 2006, use direct-to-camera performance to explore risk, endurance and transformation, while Gymnasium 2010 by Tarryn Gill and Pilar Mata Dupont questions ideas of physical perfection alongside Australian national identity. A work by Jun Nguyen-Hatsushiba, finds rickshaw drivers dragging their pedal carts across the seabed to symbolise the struggle of refugees in postwar Vietnam, and Donghee Koo deconstructs of the children’s game cat’s cradle to explore conscious and unconscious forms of play. 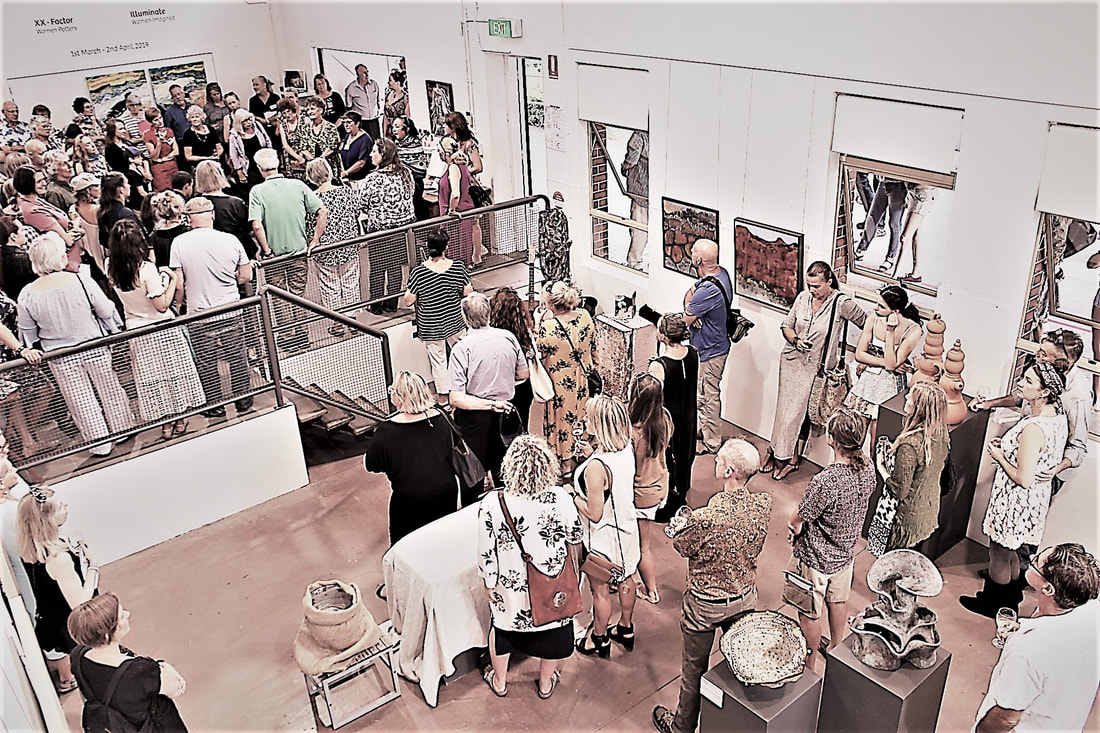